Stretching from West Africa to the Gulf of Mexico, the “Great Atlantic Sargassum Belt” as it came to be dubbed, has been wreaking havoc across the Wider Caribbean Region. The negative impacts resulting from the proliferation and mistreatment of Sargassum include economic (tourism, fishery, nautical activities), environmental (perturbation of marine species, beach erosion) and health aspects (decomposition of algae and release of H2S).

While more research is required in order to determine how badly the Sargassum influx affects the coastal and marine ecosystems, there is already a considerable concern regarding the stagnancy of large amounts of Sargassum within the wetlands (mangroves, corals and seagrass) due to the potential anoxia caused to the environment. On the shore too, events related to the degradation of coastal habitats are observed. Among others, sea turtles and fish have been found dead in the Sargassum landings. The latter may cause erosion of the coast depending on the Sargassum amounts on shore but also on the swell.

As health-related issues are being studied and monitored, some clear negative effects on public health have already been recorded and addressed by several governments in the region. Depending on the size of the landings, the coastal population and beach goers may suffer from the release of Hydrogen Sulfide from Sargassum rotting. Among others, cases of nausea, headaches, skin rash and breathing difficulties have been reported.

The reliance of Caribbean islands and countries on their marine and coastal areas for their economic viability is enormous. The Sargassum landings have led to a notable economic impact throughout the region, including the USA and Mexico. The tourism industry, for example, has been tremendously affected with reports of large-scale cancellations in hotels and desertion of restaurants close to landing areas due to foul smell and unsightliness. In addition to significant clientele decrease, there has been a negative impact on infrastructure. There have been reports of damages to electronic appliances of coastal hotels (e.g. air-conditioning units, TVs, computers) as a result of the prolonged exposure to high concentrations of Hydrogen Sulfide, as well as the tarnishing of metals. Disruption to human activities and the coastal population has also been noted. Disturbance to nautical activities such as diving, kite surfing or even windsurfing are recorded. Fishers have expressed difficulties in launching and manoeuvring their boats due to Sargassum entanglement in their gear and also reported some changes in the catch composition (i.e. observed decrease of flying fish in Barbados). Managing Sargassum can also constitute an added economic challenge as specific equipment and infrastructure are required for their collection, transportation and storage. While the socio-economic impact of the Sargassum influx in the Caribbean has yet to be quantified and thoroughly investigated, it is already clear that a swift and meaningful action has to be taken. 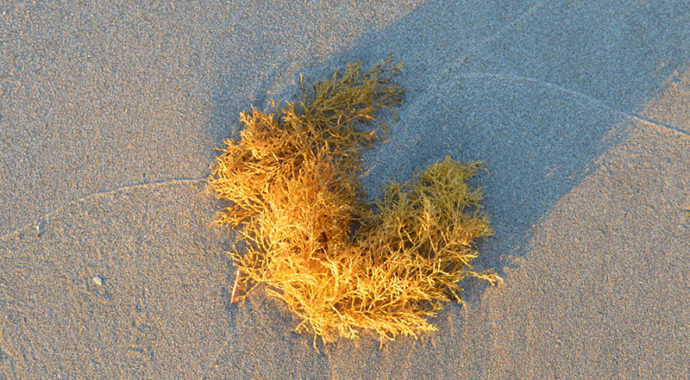 ​​KINGSTON, Jamaica – The unprecedented levels of sargassum seaweed that washed up on Caribbean beaches in 2018 resulted in estimated...

​​Scientists are calling for urgent action against the species, which is hurting the biodiversity in the area as well as...

This year, tons of seaweed have fouled white-sand beaches from Miami to the Mayan Riviera. Local officials are fretting about...

The Dominican Republic has developed a new tourism plan in collaboration with the UN Environment Programme. The Roadmap for Low...

As part of a natural biological cycle, seaweed has grown in small amounts in the Atlantic before being carried by...